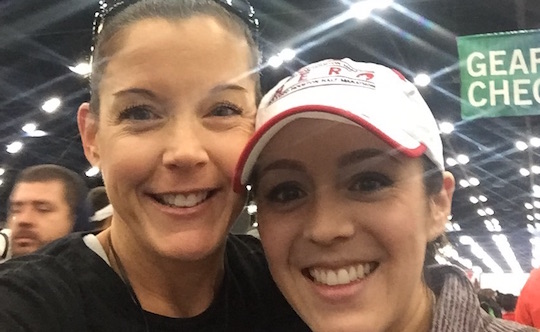 I have taken care of so many patients throughout my nursing career that it’s hard to remember them all. Each patient has made me a better nurse in some fashion and I’m truly blessed I was able to take care of them.

As a labor and delivery nurse for several years, I witnessed the miracle of birth and the start of a new life. I took a different career path almost four years ago as a clinical nurse coordinator at Texas Children's Fetal Center. My labor and delivery experience was essential because I was going to be helping pregnant women who were carrying a child or children with a fetal anomaly. I knew how to help a pregnant woman through labor, but this new role would be a much bigger challenge. While the majority of women will have a healthy child, I’m here to support the smaller number of women who learn something may be wrong with their baby during an ultrasound.

Twin-to-twin transfusion syndrome (TTTS) is a serious condition that affects monochorioinic diamionitic twin pregnancies. Both babies have their own amniotic fluid sacs, but share one placenta. One twin will transfuse the other twin through the blood vessel connections on the placenta. There are stages of progression with TTTS and the disorder can change quickly. Clinical changes occur between both twins, and if not treated, can cause death in one or both babies. At Texas Children’s Fetal Center, we offer a laser procedure to occlude the vessels on the placenta and stop the connections between the twins. Typically, we urge patients who are referred to our Fetal Center to come for evaluation as quickly as possible. You always seem to remember those physicians who call for a referral from out-of-state. When a doctor called from Iowa nearly three years ago, I knew this had to be a special patient. In fact, who could forget my beautiful-eyed, tall, compassionate and says-what’s-on-her-mind patient from Des Moines, Iowa.

I still remember all of the appointments I had scheduled for this patient and the amount of time it took to schedule all her follow-up appointments. You see, with TTTS, there is a right time to do a fetal intervention and Julie’s twins were not quite at the correct stage to intervene. She was quite early in the pregnancy and if we could get a few more weeks in the pregnancy and let those babies get a little bigger, it would be better in the long run. Julie would always tell me, “Why are you still here?” and “Don’t you need to go home?” I still laugh at her comments because I never really felt like I was always at work but I guess I really was! Or maybe I was just too involved in taking care of her and she wanted me to leave her alone! Either way, our physicians were able to take care of Julie and her twins, and successfully perform laser ablation and cure the girls of TTTS. About a week later, Julie was back at home with plans to deliver in Iowa. We continued to follow-up with each other and I would check-in with her to see how the pregnancy was going. Part of my job role is to obtain delivery information for our research outcomes with fetal interventions, especially TTTS as many of these patients may go back home for delivery.

Fast-forward to 2016, it has been almost three years since Julie and the girls have had fetal intervention due to TTTS. We stay in touch over email and Facebook. Julie will send us Christmas cards, and even with twins, she somehow managed to start up a baby food company. Those sweet girls, Avery and Brynn, couldn’t look more like their mom if they tried. I reached out to Julie this year about running the Chevron Houston Marathon because I remembered she was an avid runner. With the race, you can raise money for Texas Children's. Every year, I run the half marathon (I’m not crazy enough to do the full marathon) and sent Julie the email to see if she would be interested in participating. Sure enough, she signed up and booked a hotel room for the January race. We met up at the convention center early that cold morning and I was so grateful she was there with me. Julie was the only person I knew who was running the race too. Luckily, we both had the same corral number and were able to line up together before the race. Julie and I paced together the entire race up until she turned to go on for the marathon route and I turned to complete the half marathon route. Julie was a great pacer! Without her, I probably wouldn’t have finished with my best time in three years! Julie promised me she would come back next year and run the race with me again.

I am a true believer that God puts people into your life for a reason. Who would have thought I would be seeing this patient again all the way from Iowa and running a marathon alongside her? Julie was an incredible patient to have and an even more amazing mom. I’m sure the race meant more to her running for Texas Children's since she has had such an emotional journey to get to this point. It may sound silly to think that running a half marathon can make you feel proud to work for Texas Children’s, but when it brings you together with a patient whom you’ve helped in the past, it’s an incredible feeling.