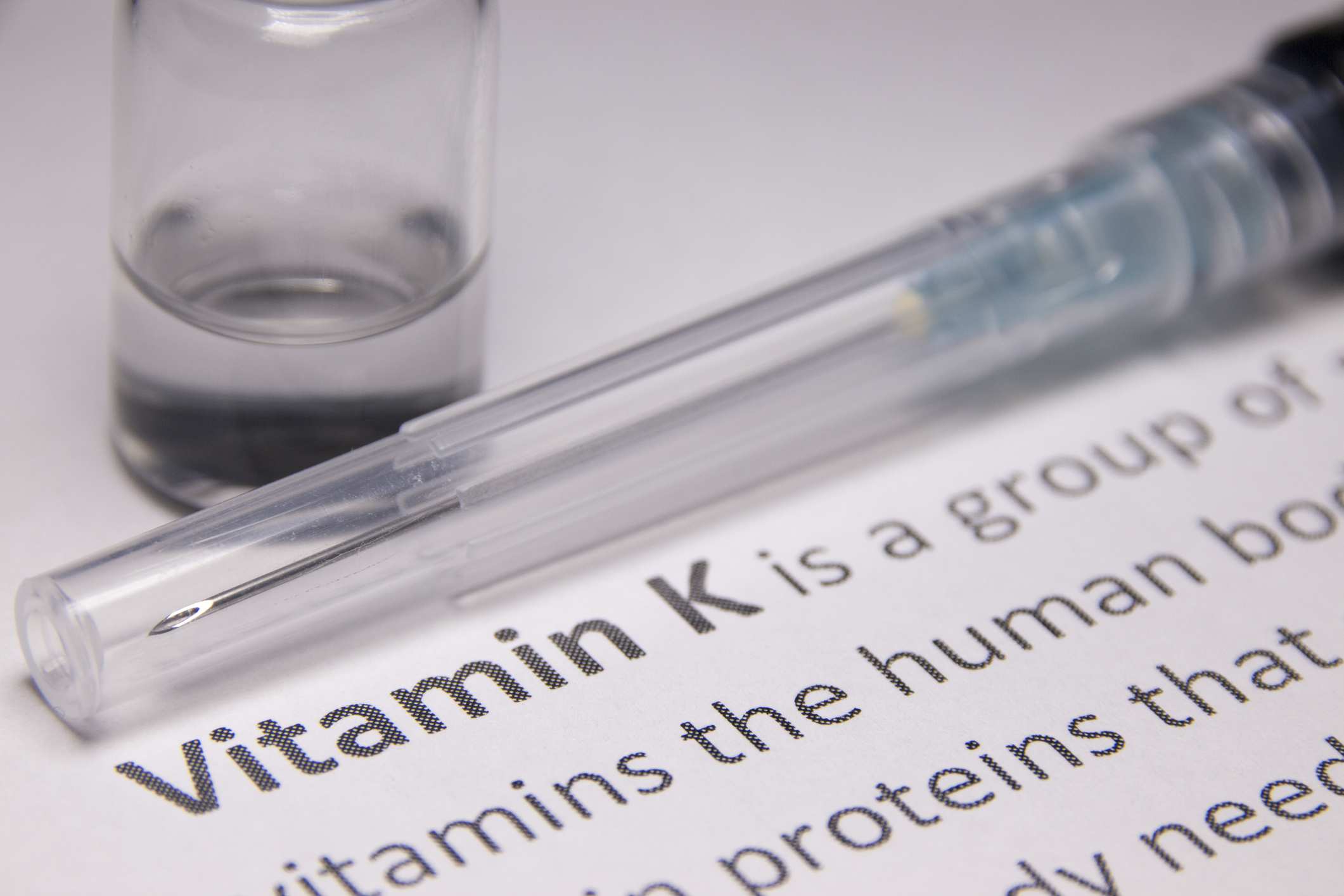 When a baby is born, parents want nothing more than to love and protect their child. Part of that protection starts right after birth with the administration of a vitamin K injection. Babies are not born with sufficient vitamin K levels and cannot get adequate amounts of vitamin K from breast milk, so this injection, given within the first hour after birth, is crucial because it helps a baby’s blood to clot normally, which prevents vitamin K deficiency bleeding (VKDB) in newborns.

A CDC report from 2013 confirmed there is a nationwide increase in parents refusing the vitamin K shot for their newborns. This dangerous trend, often based on inaccurate information found online and faulty science, is causing more babies to experience preventable hemorrhaging that may cause brain damage or even death in some cases.

Classical VKBD presents in healthy-appearing infants as unexpected bleeding during the first 2 weeks of life, usually between the second and fifth day after birth. The bleeding can present as bruising, oozing from the umbilical cord area, bleeding from the circumcision site, persistent oozing from puncture sites, bleeding in the gastrointestinal tract and, rarely, bleeding in the brain.

One myth about vitamin K injections is they are linked to leukemia. Multiple studies show absolutely no relationship between getting vitamin K as a baby and an increased risk of leukemia.

Another myth is the vitamin K injection increases the risk of jaundice. This is inaccurate. Jaundice associated with vitamin K was observed only in high-risk babies (such as premature babies) in doses 30-60 times higher than the dose we give.

Some parents also argue that injections cause babies pain, but this pain is very brief and the benefits of the injection are very much worth a short period of discomfort. Parents are encouraged to mitigate this brief uncomfortable experience by holding baby skin-to-skin before and after the injection or allowing the baby to breastfeed before, during and/or after getting the injection.

In the not so distant past, infants and children had high rates of dying early in life. During the 20th century alone, the infant mortality rate declined greater than 90% and the maternal mortality rate declined 99%! Much of this is due to advancements in modern medicine. While it might seem nice to avoid all medical interventions at birth, modern medicine saves the lives of countless mothers and babies.

For more information on this subject, Dr. Lauren Marcewicz, a pediatrician with CDC’s Division of Blood Disorders, speaks about vitamin K deficiency bleeding in infants, the importance of vitamin K prophylaxis at birth, and how health care providers can provide the best information to their expectant parents. Listen to the podcast by clicking here now.

If you're looking for a pediatrician in your area, visit Texas Children's Pediatrics.