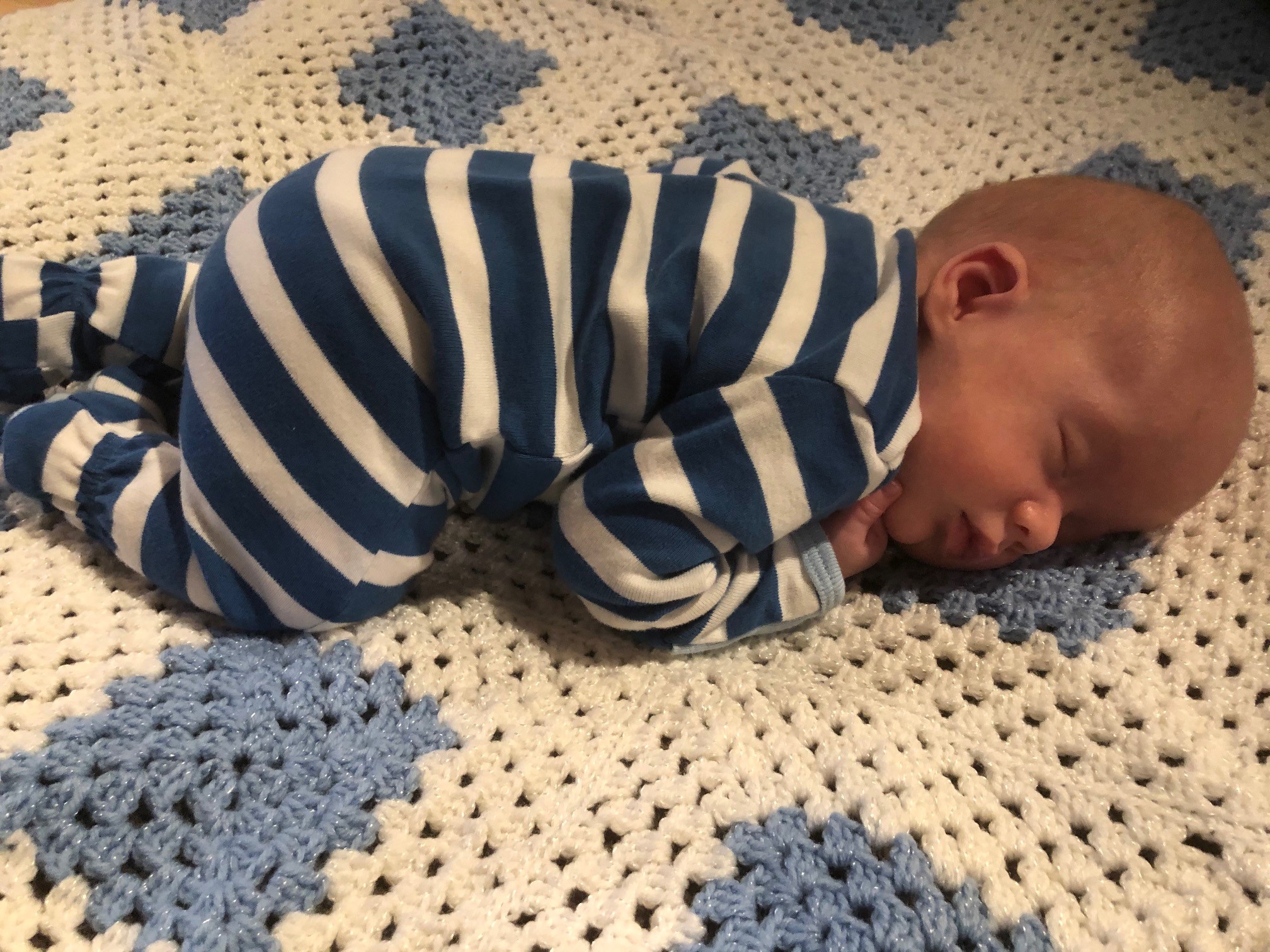 Learning your baby has a birth defect is news no family expects to hear. At 19 weeks pregnant during a routine anatomy scan, Maegan Camp and her husband learned their baby’s skull shape was abnormal and were told their unborn child may have spina bifida or another condition. They immediately scheduled an appointment to see a specialist to confirm the diagnosis.

“It was the longest week and a half of my life, waiting to see the specialist,” Maegan said.

When the specialist confirmed that spina bifida was their unborn baby’s diagnosis, they started to explore their options to give their child the best possible quality of life.

“My sister-in-law is a doctor and told us to research fetal surgery as an option, so we started looking into centers that were close to home,” Maegan said.

The Camps were thrilled to learn they were candidates for fetal surgery which would repair their unborn son’s neural tube defect while still in-utero and started the process to schedule the procedure. They couldn’t have anticipated what happened next.

“COVID-19 started to spread everywhere and a couple of weeks before our window of time when we could have the spina bifida repair surgery, we got a call from the hospital saying our surgery had to be canceled – we were completely devastated,” Maegan said.

Fortunately, the hospital connected them with Texas Children’s Fetal Center and the family traveled to Houston for testing. Maegan was able to undergo fetoscopic spina bifida repair three days after they arrived, when she was 25 weeks pregnant.

“Due to COVID-19, we had our pre-surgery conference virtually. Initially I was worried, but the doctors were so thorough and we felt very well taken care of,” Maegan said.

After a successful fetoscopic spina bifida repair surgery, Maegan experienced some complications and stayed in the hospital for five days. She was then able to return to the couple’s Houston rental home, where they stayed for the remainder of her pregnancy with their toddler daughter.

“Every week, we came back to the Fetal Center for checkups to monitor our baby’s progress, but a few weeks after my surgery, I experienced amnio separation and was admitted to the hospital to continue my pregnancy on bed rest,” Maegan recalled.

Maegan’s son, Finn, was born at 35 weeks, 2 days and spent six weeks in the neonatal intensive care unit (NICU) before being discharged home.

“A highlight of this experience aside from Finn’s wonderful outcome is when we got to introduce him to his big sister, since she couldn’t visit him in the NICU. It was such a wonderful moment to witness,” Maegan said.

The Camp family is now enjoying their lives at home as a family of four. Now 4 months old, Maegan reports Finn is doing wonderfully and sleeping well and eating well.

“Finn is a very easygoing and relaxed baby! He’s met some milestones recently, like being able to roll over and giving us little laughs,” Maegan said. “We were told that without prenatal surgery, our son wouldn’t have any movement from his knees down – he’s able to move both legs and we are so thankful for the team at Texas Children’s Fetal Center!”

Texas Children’s Fetal Center® is one of the nation's leaders in the diagnosis and treatment of abnormalities in unborn and newborn infants. As one of only a few centers in the United States providing the full spectrum of fetal therapies, we are committed to delivering the highest-quality care for the best possible outcomes. If your baby has been diagnosed with a fetal anomaly, you can reach Texas Children’s Fetal Center at 832-669-3178.