Kristen’s story: From heartbreak to full hearts | Pavilion for Women 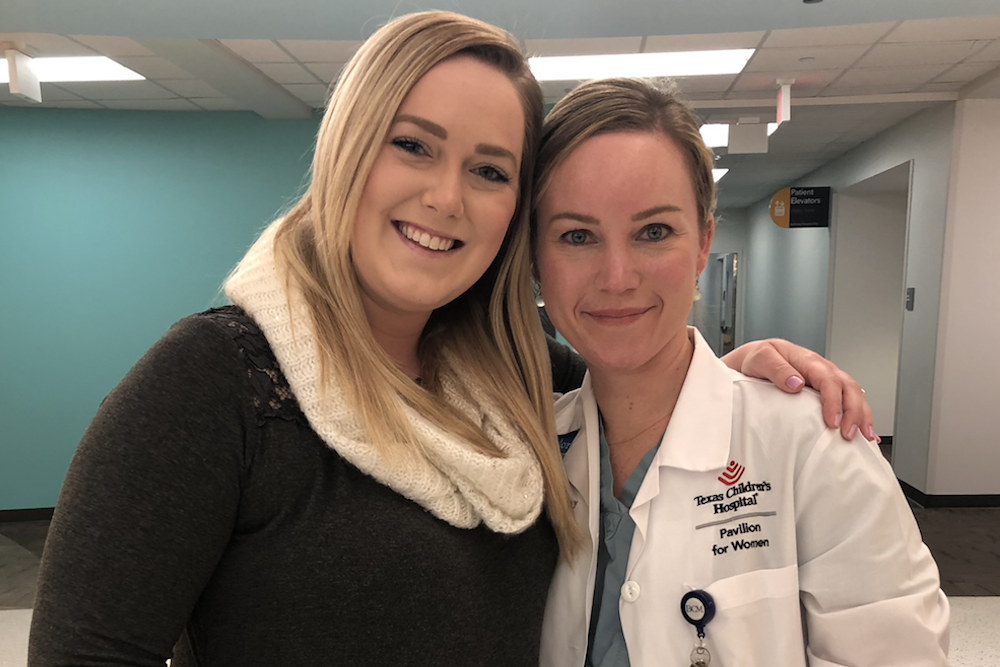 “First comes love. Then comes marriage. Then comes baby in the baby carriage!” Realistically, this isn’t how life plays out for every couple.

I fell in love with my husband, Zack, in the fall of 2011. We were engaged in February 2015 and then married in April 2016. We initially planned for a honeymoon baby, since we were already together for five years at the time. We were also both 28 years old and ready to start our family.

We started trying to conceive in May 2016 and ended up pregnant a few months later in September. However, I unexpectedly lost my mother to a tragic, senseless act of violence on Sept. 17, 2016. I didn’t know I was pregnant at the time, either. The night before the tragedy, I remember telling my mom I was feeling “off.” I suspected pregnancy, but wasn’t sure. She was so excited for us, knowing we were trying to start a family. The pregnancy was confirmed just three days after my mother’s passing, and I sadly miscarried two days after her funeral.

I couldn’t have prepared myself for this devastation, but I knew God had plans for me through this awful time in my life. I also found peace in knowing my baby was in heaven with my mother.

Surprisingly, I became pregnant again right before Thanksgiving. We weren’t particularly trying to conceive at this point, as I was still grieving the loss of my mother and first child, but I knew God had a reason and purpose for this baby too. We were excited, but understandably scared after our recent pregnancy loss. I conceived this miracle during what was possibly the hardest holiday season of my life, though, which gave me some comfort.

I was nine weeks and one day pregnant when I heard the words no expecting mother wants to hear. “I’m sorry, but we can’t find the heartbeat.” I suffered yet another miscarriage, which took place in January 2017. I was absolutely heartbroken, as this baby was a light amongst darkness in that season of my life. We chose to pursue genetic testing on our second miscarriage, and results failed to identify any chromosomal abnormalities. We couldn’t find any solid reasoning for why I had this miscarriage. We also found out she was a perfect baby girl. I felt like a failure knowing my body couldn’t carry a perfectly normal baby. I was hopeless, and I wanted answers.

I refused to wait for a third miscarriage to take place before looking at our options. I started doing my own research into fertility specialists, hoping to find someone who could help us figure out why we weren’t having successful pregnancies. I spoke with other friends who had trouble conceiving, and Texas Children’s Family Fertility Center, part of the Texas Children’s Pavilion for Women, was recommended to me. I met with Dr. Amy Schutt for my first appointment in February 2017. I was nervous for the consultation and didn’t know what to expect, but I immediately felt relief upon meeting Dr. Schutt and her staff. Her calm demeanor gave my husband and I so much reassurance and contentment with the plan we had for moving forward.

Dr. Schutt wanted me to first undergo a hysterosalpingogram (HSG) to examine the fallopian tubes and the uterus for any abnormalities. The results from my HSG were normal, so we tried monitoring several cycles to see if I was ovulating appropriately. We eventually chose to try an infertility medication, Clomid, with timed intercourse. The goal was to achieve follicles of better size in hopes of producing more than one egg to give us a better shot at pregnancy.

I experienced inconsistent responses to Clomid for three consecutive cycles before moving on to Femara, another infertility medication. I was very hopeful during our first month on Femara because we also added intrauterine insemination (IUI) to the plan. However, I was discouraged once again after my day 12 follicular ultrasound showed my ovaries were “very quiet” and not responding to the medication. Dr. Schutt reassured me of our efforts and recommended increasing the dosage. I started my new dosage of Femara and was hopeful this would do the trick.

I received a positive ovulation test the day before my next follicular ultrasound, and blood work confirmed I was indeed getting ready to ovulate. I was unexpectedly scheduled for an IUI the following day, and things were moving quickly. We did our first (and only) IUI in March 2018.

I was at my wits’ end and ready to give up after the IUI failed. Dr. Schutt could tell I was very stressed and frustrated after all of the failed cycles we went through, and my husband was just trying to keep it together for the both of us. After all, a year and two months passed since my second miscarriage and we still hadn’t achieved the ultimate goal of pregnancy. I was turning 30 in April and felt even more pressed for time, as we previously had plans to deliver two or three kids before I turn 35.

Dr. Schutt asked us what we thought about trying in vitro fertilization (IVF). I was all for it, as my infertility was still unexplained at this point. It was so easy for me to get pregnant naturally before all of this, but after miscarrying twice it’s like my body just decided it didn’t know what to do. We decided to start the process for IVF, and I left my end-of-cycle appointment feeling hopeful once again. Dr. Schutt is really great at making you feel at ease, if you can’t tell by now! We were very excited and also somewhat nervous about our journey to start a family through IVF.

We completed our checklist for IVF through a mock embryo transfer, IVF class, genetic screenings and much more as I celebrated my 30th birthday in April. I started early IVF injections in May, alongside the ovarian stimulation process to get my eggs ready for retrieval. On May 16, 2018, we retrieved 42 eggs – 13 of which were mature and fertilized via intracytoplasmic sperm injection (ICSI). Out of those, nine became beautiful embryos.

Our embryos were recorded with an EmbryoScope™ and a time-lapse video was created for each one as they grew into blastocysts. This is by far some of the most incredible technology used by Texas Children’s Fertility Center, which is the only location in Texas (other than Dallas) using this technology.

We chose to pursue preimplantation genetic screening (PGS) for the nine embryos, since using a normal one would give us a better chance for a successful embryo transfer. Embryologists biopsy each embryo prior to freezing and send the samples off for genetic screening. Our PGS results came back and told us we had five normal embryos out of nine – four of them had chromosomal abnormalities. I’m glad Dr. Schutt and her team suggested PGS because it was honestly shocking to learn so many of the embryos were abnormal when neither my husband nor I were carriers for any genetic issues.

Next, we waited for my body to decide when my frozen embryo transfer (FET) would occur. I started utilizing progesterone injections, estradiol patches and crinone before we transferred a beautiful normal embryo on July 17, 2018. After waiting for what seemed like forever, we received a positive beta hCG result confirming we were indeed pregnant!

After 781 days of trying to successfully conceive, we were over the moon when we received the good news. Our ultrasound technicians played such an intimate role in our journey, as they were first to show us our IVF miracle on ultrasound at six weeks and five days gestation. Dr. Schutt and her team followed us through the middle of our ninth week of pregnancy before we reluctantly graduated to our obstetrician.

This graduation was bittersweet, but Zack and I were both excited to make it this far. This was a milestone we were never able to reach in our previous pregnancies. We were sad to leave Dr. Schutt and her team, as they became part of our family and such an integral piece of our fertility journey during the year and few months we were under their care. Through all of the joy and anxiety of pursuing pregnancy after loss, their team was incredibly understanding and always willing to deliver a hug or reassuring message when we expressed our fears. They always answered all of our questions and never hesitated to give us what we needed.

I’m currently 27 weeks pregnant and due to deliver our precious baby boy, Bregman Ray, in early April 2019. He’s named after our favorite Houston Astros player! Zack and I couldn’t feel more blessed to have crossed paths with Dr. Schutt and the entire staff at the Family Fertility Center. Without their compassion and endless efforts to help us achieve our pregnancy, we wouldn’t be growing our family.

Looking back at our journey, the best part was becoming one of Dr. Schutt’s patients. Dr. Schutt is one of a kind, and she truly knows what her patients are going through – all of the desperation, frustration and joy – because she has been in our shoes.

We plan on remaining in touch with our team from the Family Fertility Center as we welcome the birth of our baby boy in the spring.

To learn more about the Family Fertility Center at Texas Children's Pavilion for Women, click here. 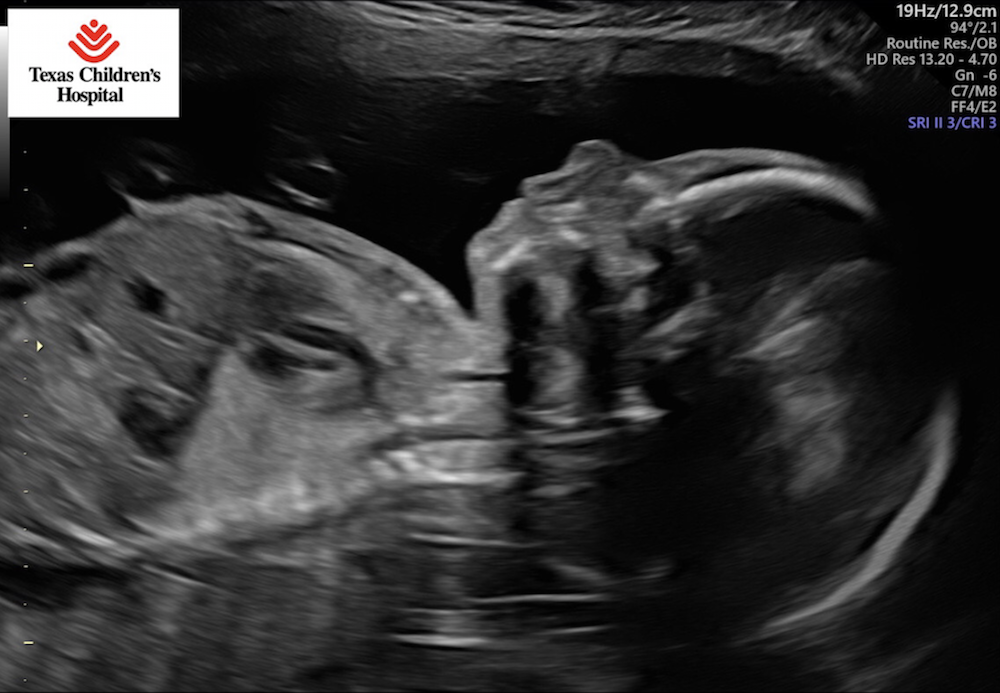