My personal experience with multiple miscarriages | Pavilion for Women

My personal experience with multiple miscarriages 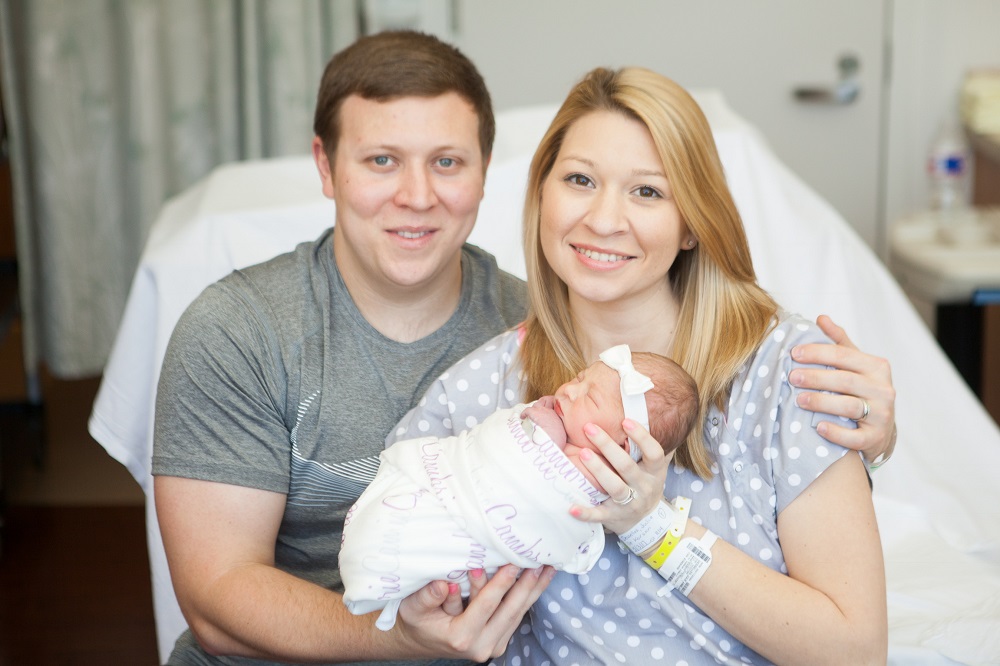 My husband and I have been together for 11 years, three of those married. Soon after exchanging vows, we decided we were ready to grow our family. However, my cycles were irregular and after visiting my OB/GYN, I was placed on medication to help regulate them. After a few months we realized I also needed medication to help me ovulate.

It took a few tries adjusting the dosage, but a few months later, a home pregnancy test confirmed what we were hoping for – we were expecting! Our joy quickly turned to fear and sadness though as I began spotting. I immediately called my OB's office and went in for an hCG test – a blood test that measures the levels of a hormone that can confirm pregnancy – because, at times, some spotting with pregnancy is normal. The test, however, confirmed I was most likely miscarrying. I was seven weeks pregnant.

I was devastated and had a thousand questions. But, more than anything, I needed to know why. Why had this happened? What could I do to prevent it from happening again?

I underwent an HSG test (an X-ray used to view reproductive organs). My results came back normal; no blockage was evident. Part of me was relieved that nothing was wrong, but another part was dismayed. If nothing was wrong, then why had I miscarried?

I continued taking medication to help regulate my cycles and ovulate, and a couple months later that incredible readout appeared again: “pregnant!” We were excited, but cautious. I was six weeks along at our first appointment and my smile couldn't have been larger as I saw the flicker of the tiny heartbeat inside of me.

We waited a few weeks to be sure, then shared the exciting news with our immediate family. I had T-shirts made for my little niece and nephew who helped us announce to my siblings that another cousin was on the way.

At my next OB appointment a month later, I laid back on the table in anticipation of hearing the sound of my baby’s heartbeat. After a couple of minutes I knew something was wrong. While the Doppler traversed my entire stomach, there was no sound. Thinking the baby may be too small, they tried a transvaginal ultrasound. My heart sank and stomach dropped at the news they shared … I was 12 weeks when I underwent a D&C.

After two pregnancies and two miscarriages, simple questions and phrases began to sting in ways I never imagined.

When are y’all going to start trying for a baby?

Do y’all want any kids?

Why don’t y’all have kids yet?

I'm surprised you're not pregnant yet.

These questions and statements made me pause. How was I supposed to respond? How were they to know their well-meaning comments drudged up emotions too fresh to completely hide my reaction? This was all through no fault of their own. My friends, family and acquaintances had no idea of the impact of their words. Until you’re in this situation, I don’t think you really have any idea what simple niceties like this may mean to someone else.

Not too long after, we underwent a fertility panel. All of these tests, too, came back normal. Despite not having a definitive answer as to why I had miscarried twice, for the third time in a year we had a reason to be cautiously optimistic – I was pregnant again. This time we told no one and I opted to wait until I was further along before going in for an initial OB appointment.

Two weeks before my scheduled appointment that anxious fear returned as I felt a sharp pain in my stomach and began to spot. In the past, when I was miscarrying, I would spot for days on end, but this time the bleeding was different. This time, it would start, stop for a few days and start up again.

I called my OB, Dr. Karsan, to see what I should do. She suggested I come in for a round of hCG tests. I had my blood drawn and my levels were the highest they’d ever been. I returned two days later for the follow-up test. As I awaited those results, I began bleeding heavily. I called the office back to let them know. By this time, they had received the results from my second blood draw and my levels had miraculously increased.

However, because of my history and the fact that I was bleeding, they suggested I come in before my scheduled appointment for an ultrasound. As I stared at the ultrasound screen I was shocked as Georgia, my Nurse Practitioner, pointed out two sacs to me: Twin A and Twin B. The blood was coming from Twin A’s sac where no fetal pole could be seen. Inside Twin B’s sac, though, I again saw that amazing flicker of a heartbeat.

I learned this was not uncommon and known as vanishing twin syndrome. So, for whatever reason, Twin A did not fully develop, but chances were high that this would not impact Twin B.

I held my breath at my next appointment as I watched the ultrasound screen. For the first time ever, I heard the amazing swish-swish-swish of my baby’s heartbeat inside of me. A sound I will never forget.

I continued to spot off and on for the duration of my first trimester, with one extremely scary episode when all of a sudden the blood began to rush. I went to the Women’s Assessment Center at Texas Children’s Pavilion for Women where my baby and I were examined and monitored and they confirmed we were both doing well; the blood could have been residual from the secondary sac.

After that, my pregnancy was smooth sailing. I went into labor at 37 weeks, and on May 3, 2017, our precious Cambrie Ann was welcomed into the world at Texas Children's Pavilion for Women. We never imagined the road to creating our family would be so full of ups and downs. For others going through a similar situation, you never think there is going to be that light at the end. When you face bad news over and over again, you’re constantly told to be patient, which is not the advice you want to hear.

I may never know what caused my multiple miscarriages. I don’t know if I’ll face similar difficulties when trying to give my daughter what I think is one of the greatest gifts I can give her – a sibling. I don’t know what the future may bring for me and my family. But I do know I’m thankful. Thankful to finally have my beautiful baby girl.