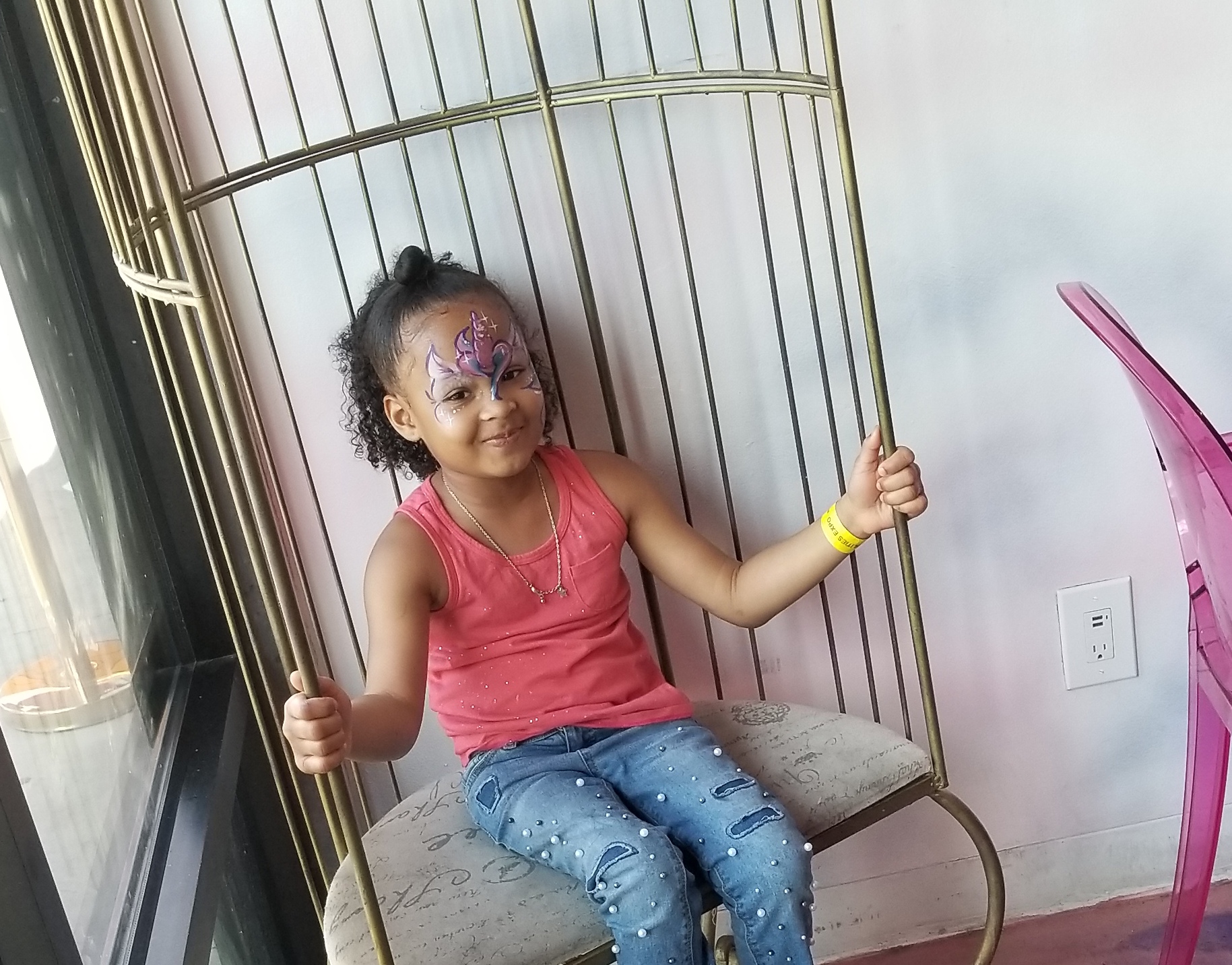 Sorian Garrison is the embodiment of a fashionista. Some of her favorite activities include: applying make-up, playing dress up, getting her nails done and picking the perfect accessory to complement her outfit. She also loves to read and reminds everyone that she is the Princess of the house.

Sorian’s parents, Sheena and Brian Garrison, are especially thankful for their vibrant daughter who gets to celebrate her 7th birthday today because she received a life-changing surgery while she was still in the womb.

“I was about 19 weeks pregnant and needed to get some blood work done. I honestly did not want to get the tests done, but my mom encouraged me to go just to make sure there was nothing wrong with the baby, so I went,” Shenna recalled.

Following the blood work, Sheena received an unexpected phone call alerting her that her hormone levels were slightly elevated and she needed an extensive ultrasound.

“Two weeks later, we were finally in for the ultrasounds and while we waited for our doctor. I looked at my husband and told him something isn't right. I’d seen a black bubble above her spine and I saw the technician write down ‘abnormal’ in the area for her brain.”

Sheena was right. Something was indeed off and the doctor broke the news that her baby had spina bifida and gave the couple their options.

Spina bifida is an opening in the spinal cord, the bone of the spine, and the muscle and skin over the spine caused by a failure of those elements to properly close at about 24-28 days after conception. The defect itself causes damages and may also be ongoing damage because the spinal cord is exposed to amniotic fluid and could be injured during the pregnancy by the fluid and by the movement of the baby against the wall of the uterus. Hydrocephalus (“water on the brain”) is one of the major risks along with loss of nerve function in the legs, bladder and bowel. In many cases the baby will need a shunt for life to drain the fluid from around the brain and will experience issues with walking.

“When the doctor gave us the news, there was this wail of guilt that came from pit of my gut. The feeling lasted maybe two minutes at most because I chose to submit to God and trust that we were ready for wherever this journey would take us,” Sheena said.

“I also already knew in my heart that this was my baby and it didn't matter how she came out; I was already in love with her and we were determined to do everything to keep her and give her the best possible outcome,” Sheena remembered.

Sheena's medical journey was transferred to the fetal intervention experts at the Maternal-Fetal Medicine Clinic at Texas Children's Pavilion for Women. At her consult, her doctors informed her of an open fetal surgery repair option that, while not being a cure, could give her baby a shot at an improved life. Recent information had suggested in-utero surgery improved the outcome as far as a shunt and walking were concerned. She agreed immediately.

“The whole thing went by so quickly! We immediately went in for an MRI, saw cardiologists and a whole other team of doctors who were all so nice to us. It was all very overwhelming at first, but I was grateful to have the option to have this surgery for my baby. The best chance I could give my daughter was to have this surgery,” Sheena explained.

When she was 21 weeks into her pregnancy, Sheena underwent open fetal surgery to repair her unborn daughter's spina bifida defect. The procedure went smoothly and Sorian’s large spina bifida lesion was repaired without complication.

“The day of the surgery was very calm; I felt at peace because I placed my trust in God and I knew I had an excellent team of doctors. I was only in the hospital for one week after the surgery. Everyone was so sweet and, again, I was reminded that wherever this journey takes us is where we were meant to go,” Shenna explained.

After the surgery, Sheena was instructed to take it easy for the rest of her pregnancy and check back in every month.

“During that time there were so many things I battled as a mom. During my weekly ultrasounds, my doctors would try and make sure they prepared me for the worst-case scenario; that was very hard for me to hear -- that my child may not be able to walk. But I kept holding onto my faith that she was going to be perfect,” Sheena recalled.

Sheena carried Sorian up until 36 weeks, when she felt contraction pain and rushed to the hospital. In the early hours of Oct. 22, 2012, she delivered baby Sorian who weighed 6 lbs. and 4 oz.

“That night my doctors did the C-section and as soon as they brought her out there was an opening on her back that needed to be fixed. So, I only got to hold her for seconds before she was taken to the neonatal intensive care unit. When I finally got to see her, she looked perfect! You wouldn’t even know she had any birth defect unless you saw her scars,” Sheena recalled.

Seven years have passed since Sorian’s birth and she is doing very well. She began physical therapy at 6 months old and is able to walk with the help of hip-knee-ankle-foot-orthosis (HKAFO) and a walker but she mostly uses her wheelchair. She is currently receiving treatment for paraparesis (weakness of the lower extremities) at Texas Children’s Spina bifida clinic, multidisciplinary clinic that helps manage and care for the long-term effects of spinal bifida in children from birth up till 18 years old.

“Every case is different, but we do our very best to customize the care our patients receive. Our utmost goal at the spina bifida clinic is to keep every patient well,” said Rhonda, a spina bifida nurse.

“Sorian is extremely strong and very smart. Yes, it can be emotional at times when she comes up to me crying saying, ‘Mommy, I just want to walk like everybody else. Why can’t I stand up like the other kids at school?' But I encourage her, reminding her that she can do everything that everyone else does, and God made her exactly the way she's supposed to be. I teach her to be independent," Sheena said, beaming with joy.

“This whole opportunity for a fetal surgery gave my baby a better quality of life and I could not have gone through it without my husband, Garrison. We have been married for 10 years and he is an excellent father. Everything I do for Sorian, he does 100% just as well,” Sheena said fondly.

Sorian started public school at 3 years old and is thriving!