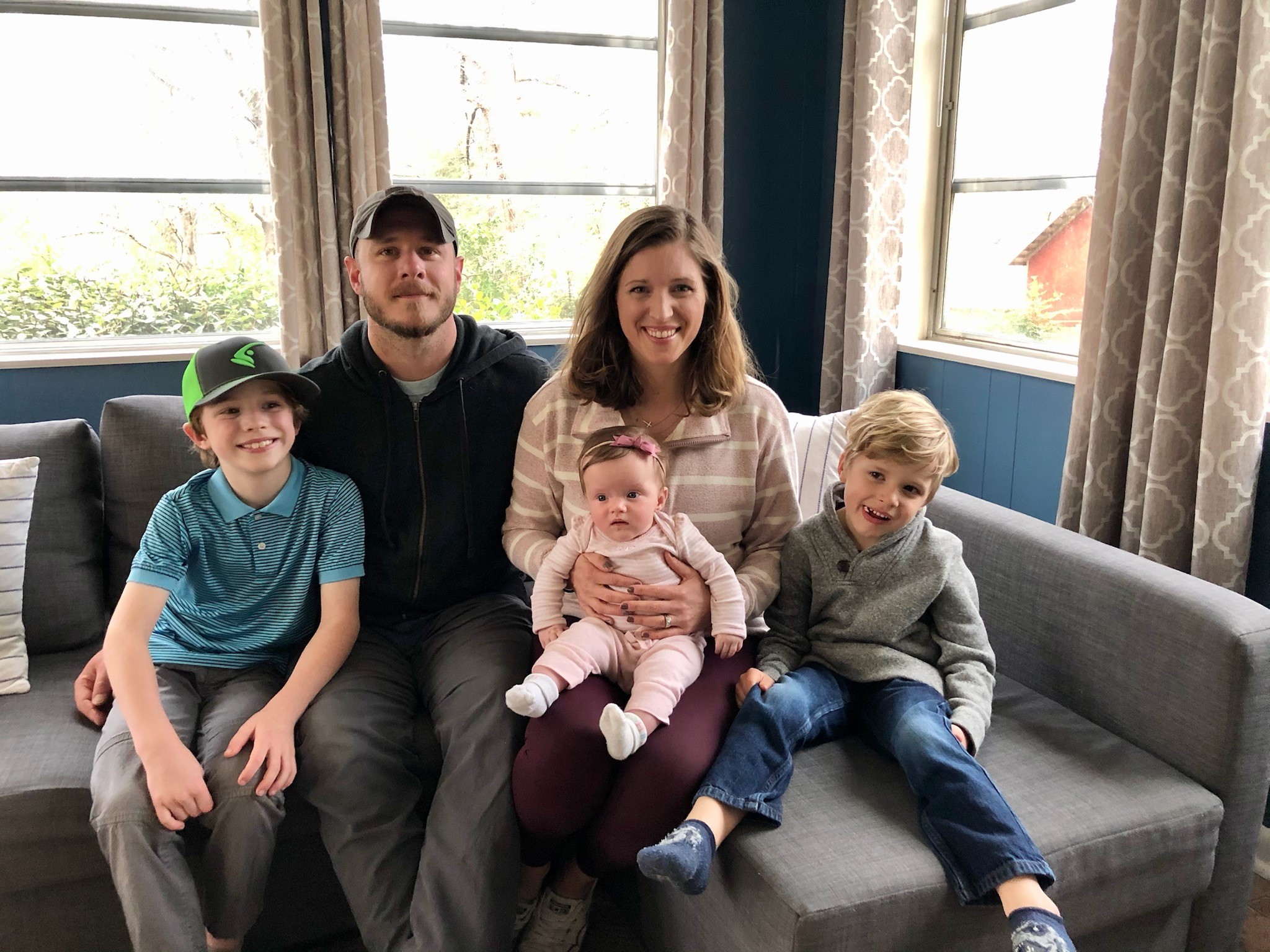 Expectant parents Grayson and Sean Valentine and their two children had just moved to their new home in Birmingham, AL in August 2020. As they settled into their new place, the couple also looked forward to their upcoming ultrasound appointment to catch a glimpse of baby number three on the large screen. But, a few weeks later, the Valentines would soon be packing their bags once again. This time, they were headed to Houston, TX.

“During my daughter’s 24-week anatomy scan, my OB/GYN in Alabama noticed something irregular on the ultrasound,” Grayson said. “After undergoing an amniocentesis and other diagnostic tests several days later, we received the unexpected news our daughter had spina bifida. My OB/GYN recommended several pediatric hospitals that specialized in fetoscopic spina bifida repair surgery. After doing our due diligence, we chose Texas Children’s Hospital. We knew this was the best place for our daughter’s care.”

In Aug. 2020, when the Valentines arrived in Houston for their surgical consultation, they met with their medical team at Texas Children’s Fetal Center®. After undergoing an MRI and several screening tests, the couple received encouraging news – their daughter, Mary Margaret, qualified for fetoscopic surgery to repair her spinal defect. From that very moment, the Valentines knew their prayers had been answered.

“Due to the COVID-19 pandemic, we met several members of the fetal team in person and several others via Zoom calls,” Grayson said. “The entire team was very supportive, open and patient with us. They answered our questions about what to expect during and after fetoscopic surgery, including the risks and outcomes. They explained everything we needed to know, which put me and my husband at ease.”

“Considering this pregnancy was much different than my previous ones, I was literally holding my breath for the last three weeks wondering if she would come earlier than expected,” Grayson said. “While I was always concerned about the possibility of delivering early, my physicians reassured me that one of the benefits of the fetoscopic approach to treating spina bifida was that babies often deliver closer to term.”

At 39 weeks, Grayson and her husband welcomed their daughter, Mary Margaret, on Dec. 10 at Texas Children’s Pavilion for Women®. She weighed 7 pounds, 7 ounces. Since she was born close to full term, she spent one week being cared for in the neonatal intensive care unit (NICU) at the Pavilion for Women.

“The Fetal Center staff, including the nurses and physicians at the NICU and Pavilion for Women, did a wonderful job providing care for me and my daughter,” Grayson said. “We are grateful to Dr. Belfort and his team for providing the fetal surgery to repair our daughter’s spina bifida. Our neonatologist, Dr. Charletta Guillory, and Dr. Castillo, were huge advocates for us and made sure we had everything we needed before returning home to Alabama. By the time we left the NICU, my husband and I felt more confident in caring for our newborn and the follow-up care she would need following her spina bifida diagnosis. My husband and I were also amazed by Texas Children’s physician referral partnership with other children’s hospitals. We knew our daughter’s physicians in Alabama before we even met them.”

Today, the Valentines say their 3-month-old daughter is a happy girl. She eats a lot, loves to smile, enjoys laughing and playing with her older siblings, and has very strong legs. Since her surgery, she hasn’t needed a shunt and she’s hitting all of her milestones. She is doing very well. In fact, her parents say if you didn’t know she had spina bifida, you would think she was just a normal baby.

For the Valentines, they admit it was very nerve-wracking when they found out about their daughter’s spina bifida diagnosis, but they say their faith kept them strong and their hope in Texas Children’s.

“I would tell other families faced with a spina bifida diagnosis to never give up hope,” Grayson said. “We were devastated when we first heard the words, “spina bifida.” We started thinking about the worst case scenarios that come with spina bifida and what the future of our child would look like. Our prayers led us to Texas Children’s, and we realized there is hope for our child and we are incredibly grateful for that.”

Texas Children’s Fetal Center is among the nation's leaders in providing high-risk maternal care and the diagnosis and treatment of abnormalities in unborn and newborn infants. Click here to learn more about our Fetal Center and the fetoscopic spina bifida surgery pioneered at Texas Children’s.