What is this belly bulge? | Pavilion for Women

What is this belly bulge? 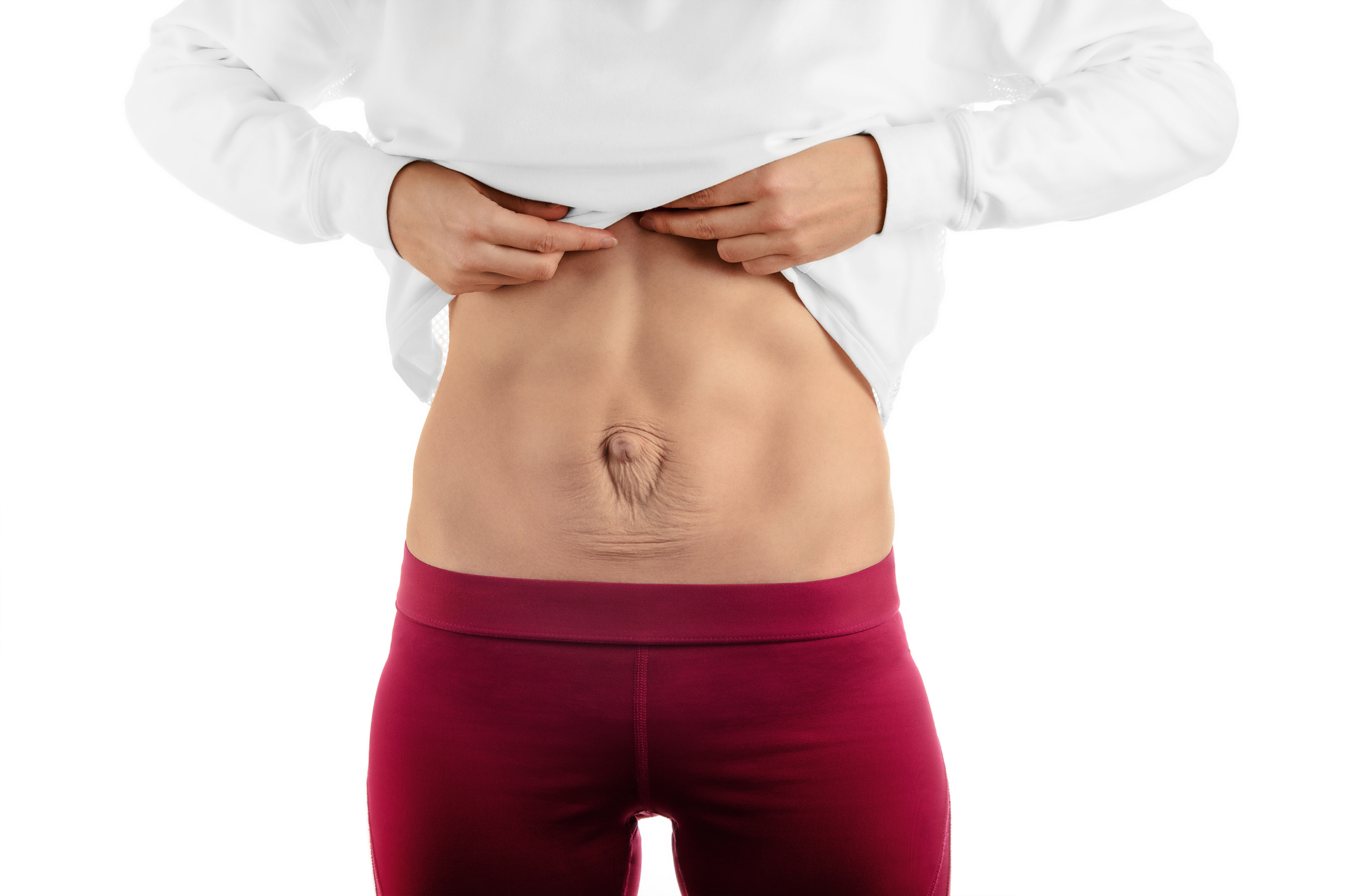 It is very common for pregnant women to develop a condition known as diastasis recti. Some women may have it and not even realize, while it may be quite obvious to other women. If you’ve noticed a vertical bulge on your tummy between your belly button and pubic bone, it may be diastasis recti.

When there is increased pressure on the abdominal wall, like with pregnancy, intense strain or weight gain, it can weaken the tissue or fascia between the abdominal muscles (rectus abdominis). Imagine your abs are like a six-pack, with three muscles on each side, this weakening can cause a separation (diastasis) down the midline, creating a space between the two three-packs. This space then allows the belly to “pooch” out between the muscles. It is common to notice the bulge between the belly button and the pubic bone, but it can also extend above the belly button.

It’s not a hernia

Oftentimes, patients mistake rectus diastasis for a hernia, because they don’t really know how to describe it. They are definitely not the same thing. A hernia is usually more of a circular bulge, while diastasis recti is linear. They both become more apparent when you increase your abdominal pressure, by doing things like crunches or sit-ups. The width of the separation in diastasis recti may vary, but it is usually longer up and down than side to side.

Who is at risk?

Anyone—male or female—who is overweight or obese is at greater risk for diastasis recti. It is quite common in pregnant women since their tummies are growing, increasing pressure on the abdominal muscles. Then, during delivery, even greater pressure is exerted though pushing and bearing down, further weakening the fascia between the muscles. If you are a woman who had a C-section, you are at a slightly higher risk, since your abs were manually separated during surgery in order to get to the uterus, and your baby out.

How can I fix it?

Typically, diastasis recti does not pose a health threat and requires little or no intervention. In most cases, the best treatment for new mothers is to give their body time to recover and regain shape. Core strengthening is also a good idea, but you should work with a physical therapist to ensure you are exercising appropriately. In addition, belly bands can be helpful after pregnancy to provide support for the tissue and abs.

In rare cases where the gap is unusually wide, or the bulge becomes a significant cosmetic problem, you and your doctor may want to consider surgical repair. During surgery, the muscles will be brought back together, sometimes with mesh. This is typically a cosmetic procedure and should not be considered until you are finished having children.

Diastasis recti is very common among new mothers. Like many things related to pregnancy, it is typically a short-term condition that dissipates over time. It should not have an impact on your future. With the proper self-care, you can reduce the separation, remove the bulge, and regain your pre-pregnancy physique.