What a difference a year can make | Pavilion for Women

What a difference a year can make 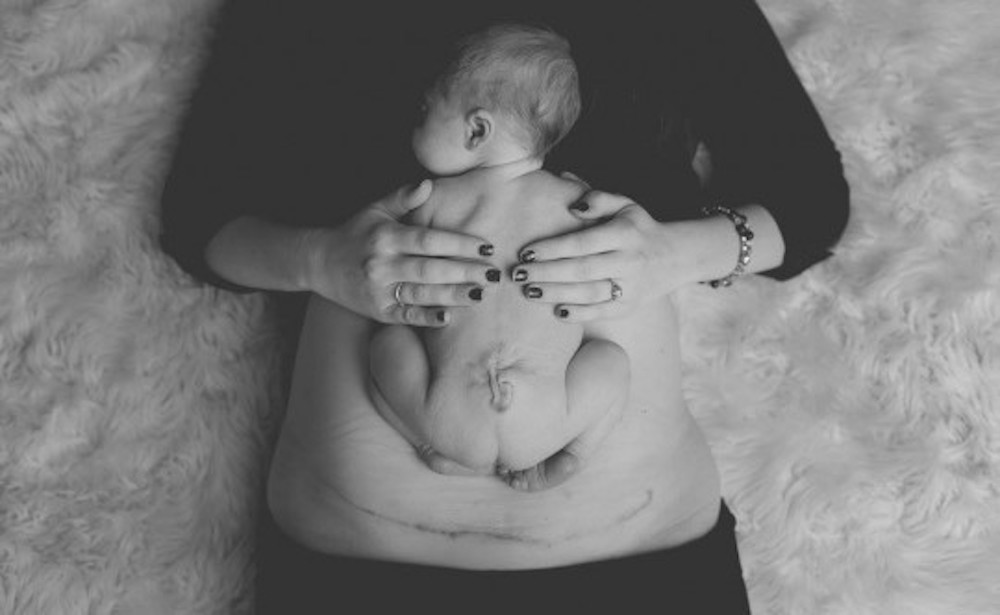 This time last year, I was taking a pregnancy test. Today, I'm the mother of a healthy four month-old little boy who loves to smile and kick his legs like crazy. The latter part of that sentence may not sound all that special to some. However, to a mother who was told her son would never walk, every stretch and toe wiggle is a miracle.

In fact, everything about my pregnancy was a small miracle. My son was diagnosed with spina bifida when I was 18 weeks pregnant, and we were in Houston receiving in-utero fetoscopic surgery to repair it at 24 weeks. I shared my surgery experience a few months ago through my first blog post. When I wrote it, I had no idea how everything would turn out. I'm happy to report things have gone better than I ever could've imagined.

At 39 weeks and one day, Everett John Kerres came into the world at 5:01 p.m. weighing 6 pounds and 7 ounces. He was 19 inches long, and absolutely perfect! I was even able to deliver him vaginally, which is one of the many reasons why I wanted to have fetoscopic surgery at Texas Children's Pavilion for Women.

Even though my delivery had some ups and downs, I couldn't have asked for a better birthing experience overall. I decided to go to the hospital on Sunday evening when I thought I was leaking amniotic fluid. However, after being checked by a doctor, it turned out I was only dilated to a two and wasn't leaking fluid at all. I was in the process of discharging when Everett's heart rate dropped suddenly for several minutes. I was given oxygen and IV fluids and told I would have to stay put, just in case.

Over the course of the next 24 hours, Everett's heart rate dropped again and I was induced. The doctors broke my water around 11:30 a.m. on Sept. 20, 2016, and I labored on a birthing ball for several hours before receiving an epidural. After ten minutes, it was time to push. Everett is my first baby, so I didn't really know what to expect. It was so reassuring to be surrounded by the doctors who performed our surgery and took care of us week after week. I think I inherited my mother's "quick labor gene," because Everett made his grand entrance after only 15 minutes of pushing!

It's hard to put into words what the moment felt like. As the doctors were holding him up, he shifted his deep blue eyes to look right into mine. My heart might as well have exploded - I felt so much love.

Everett spent one week in the NICU, whic h was probably the hardes part of the entire process for me. Having to leave my baby at night so I could pump and get some sleep was heartbreaking. It felt very unnatural, but the NICU nurses were amazing and helped ease some of my anxiety. I knew we're blessed his stay was so short.

Once Everett was given a clean bill of health, my little man boarded his first flight at only eight days old. It was my 29th birthday, and bringing him home after four long months was the best present I've ever received.

During our initial diagnosis, we were given a very bleak outlook. But since coming home, Everett has been thriving! He hasn't needed a shunt, and he has full movement of his legs. He has been hitting all of his milestones and is even advanced for his age in the areas of neck and core strength. Hig right foot is clubbed, but treatment has been going very well. He looks pretty adorable in his special shoes, too! We recently started catheterizing him every four hours to help drain his bladder, which as become second nature. It seemed scary at first, but now it's just an extra step during diaper changes. When I think about the other challengs he could be facing, it's such a minor thing.

If you're interested in learning more about the Kerres family and fetoscopic repair of spina bifida, click here.