A world away: How our daughter’s spina bifida journey brought us to Texas Children’s | Pavilion for Women

A world away: How our daughter’s spina bifida journey brought us to Texas Children’s 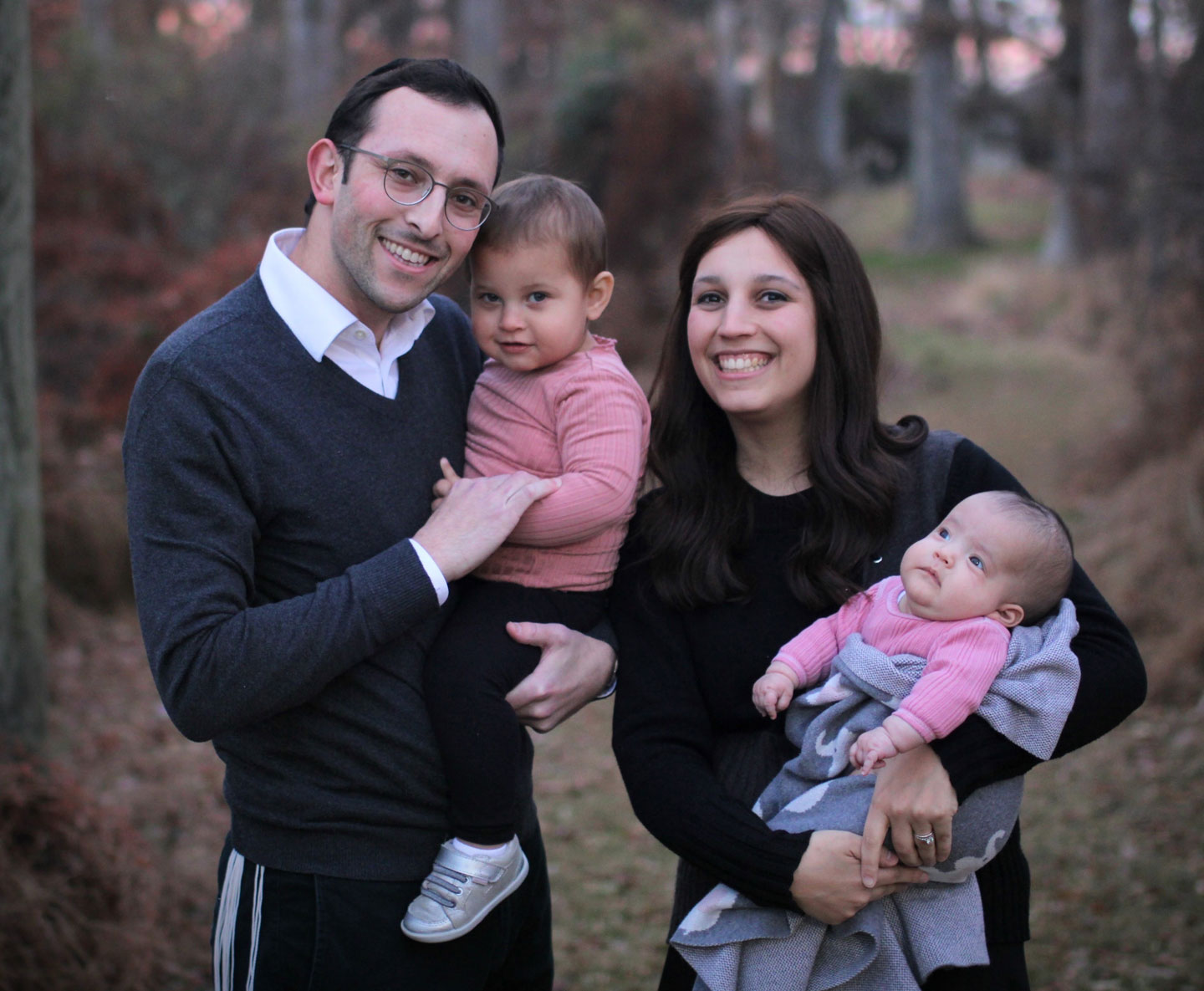 Devorah and Elazar Tendler relocated to Israel in 2019, and were living the dream life. Devorah had recently applied to graduate school while her husband was finishing his rabbinic training. As they got acquainted to their new life in Israel, the couple found out they were expecting their second baby, a daughter due in October 2021.

“We were excited to expand our family,” Devorah said. “Just like my first pregnancy, everything was going well the second time around until my baby’s 20-week anatomy scan. As I watched my baby on the ultrasound screen, my OB-GYN noticed something unusual. He told me it appeared my daughter might have spina bifida. I panicked and didn’t know what that meant. So I kept asking him, “Is this fatal? Is my baby dying? Am I going to deliver? By the time my husband arrived, my OB-GYN explained to us what spina bifida was and the treatment options that were available to repair the hole in our baby’s spine.”

Initially devastated by this unexpected news, the couple say their faith kept them grounded, and they knew God was in control of the situation they had been given. After meeting with a different physician to get a second opinion, the tests reconfirmed their daughter had spina bifida. From there, the couple was referred to the only fetal surgeon in Israel who had performed fetoscopic surgery to treat spina bifida.

“When we met with the surgeon, he explained the fetoscopic procedure to us,” Devorah said. “It sounded very promising, but since he had done very few of them, this concerned us a lot. We consulted our family and our rabbi, who suggested we go to America for treatment, and so that we also could be closer to our family and friends in Atlanta. While determining our next steps, my father-in-law called various agencies and got a list of the five top hospitals in the U.S. that perform open and fetoscopic surgery for spina bifida, one of which was Texas Children’s Hospital. It was a rigorous process as we made countless phone calls, but everyone we confided in told us experience is key. They suggested we go to a place that has the most experience performing this type of surgery, because we didn’t want to be a new case or a new trial. Without hesitation, everyone we talked to encouraged us to go to Texas Children’s Hospital.”

Devorah scheduled a consultation at Texas Children’s Fetal Center. Within days, the Tendlers packed their belongings to return to the U.S. The process to get to America was very challenging, especially dealing with international services. On the day of their flight, Devorah’s husband was still waiting on his passport. He mailed his passport in for renewal a few weeks prior. As the couple waited patiently—and thanks to some last-minute miracles—the Tendlers finally received word the new passport had arrived. They rushed to the U.S. embassy to retrieve it several hours before their flight to America departed.

“When we arrived in Houston, the local Jewish Orthodox community helped us find a rental home and met our family’s needs,” Devorah said. “My mother-in-law flew to Houston to take care of our daughter while I had my appointment at Texas Children’s. We had family from my side and my husband’s side fly in and out of Houston during our stay here, too. On June 15, 2021, I had my consultation appointment at the Fetal Center when I was 23 weeks pregnant. The next three days were pretty intense. I had numerous ultrasounds, MRIs, lab work and an amniocentesis. After the results came back a few days later, my husband and I were happy to learn our baby would be a good candidate for fetoscopic surgery.”

On June 28, when Devorah was nearly 26 weeks pregnant, Texas Children’s OB-GYN-in-Chief Dr. Michael Belfort and pediatric neurosurgeon Dr. William Whitehead performed the in-utero spina bifida repair surgery. Devorah spent the next three weeks in Houston where her fetal team monitored her pregnancy closely. Before the Tendlers returned to Atlanta, Belfort and Whitehead approved the team of doctors that would be caring for Devorah and her baby in the interim. The fetal care team in Atlanta collaborated frequently with Belfort regarding Devorah’s care during her pregnancy and after her baby was born. When Devorah’s membrane ruptured at 33 weeks, Belfort and the maternal fetal medicine team in Atlanta made a collaborative decision to induce Devorah at 34 weeks to ensure the safety of her and her baby. On Aug. 24, Devorah and Elazar welcomed their beautiful daughter, Ahuva, which means “beloved” in Hebrew.

“Of all the other places I could have chosen, we are beyond grateful that we came to Texas Children’s,” Devorah said. “We know with certainty that we chose the best place for our daughter’s fetal surgery. We had a great experience beginning with my fetal nurse coordinator, Christina Lee, who was the perfect liaison between me and my doctors. She helped us get through the insurance authorization process and set up all of my appointments. Our amazing surgeons, Dr. Belfort and Dr. Whitehead, helped improve the outcome for Ahuva. You don’t meet many people like Dr. Belfort. He gave me his cell phone number right away, and was very accessible whenever I needed him. I could tell how humble and caring he and his team were – they wanted the best for their patients. My fetal anesthesiologist, Dr. Sutton was great to work with too. She made me feel comfortable before and after the procedure, and answered any lingering questions I had. I also had a wonderful team of fetal center nurses and physicians, like Dr. Sanz-Cortes, Dr. Espinoza,  Dr. Donepudi and Dr. Krispin, who was a resident there. They made me feel like I was not just another patient at the Fetal Center. I am grateful to the entire team for taking incredible care of us.”

The Tendlers say their 3-month-old daughter is doing well. Ahuva is a happy baby and has full mobility in her legs. She has taught her parents a lot about never giving up hope. They credit their faith, family and friends, for helping them along this journey.

“While it has been a hard, intense and emotional journey, a spina bifida diagnosis doesn’t take away from the beautiful gift that our family has been given and we felt God’s love every step of the way,” Devorah said. “Our daughter Ahuva is perfect and adorable in every way. While doctors continue to monitor her condition and progress, our little girl has reached many milestones along the way. We are grateful to everyone who supported us on this journey.”

Texas Children’s Fetal Center is among the nation's leaders in providing high-risk maternal care and the diagnosis and treatment of abnormalities in unborn and newborn infants. Click here for more information about our Fetal Center and the two-port fetoscopic spina bifida surgery pioneered at Texas Children’s.