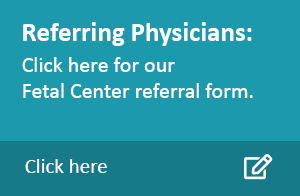 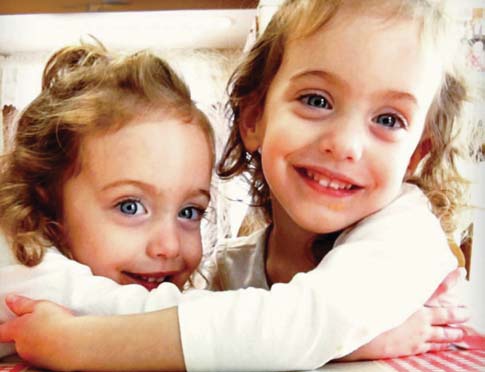 When Julie Burroughs went in for an ultrasound of her twins at 16 weeks, she was shocked to learn that they were not growing properly due to twin-twin transfusion syndrome (TTTS).

TTTS occurs in approximately 10 to 15 percent of pregnancies in which identical twins share one placenta.

Abnormal blood vessel connections cause the fetuses to share a blood supply, and the smaller (donor) twin pumps blood to the larger (recipient) twin.

It’s a condition that causes a host of problems for both babies, and without treatment, many may die.

Julie and her husband Tony flew to Houston the next day and underwent a comprehensive evaluation by the Fetal Center team. Dr. Belfort and the team explained the procedure they would need to perform.

Fetoscopic laser photocoagulation uses a small camera and lasers to locate and seal the abnormal blood vessels on the surface of the placenta. It stops the transfer of blood between twins and gives the babies time to develop normally in the womb before birth.

The Texas Children’s Fetal Center team monitored Julie closely for two and a half weeks before the time was right to perform the surgery. In Julie’s case, because of the position of her placenta, a laparoscope-assisted procedure was required. This is more complex than the routine fetoscopic laser surgery. The procedure was a success, and the Burroughs were back in Iowa a few days later.

Dr. Drake and Dr. Belfort continued to coordinate care and monitor Julie closely. At 23 weeks, she was put on hospital bed rest. Six weeks later, at 29 weeks, daughters Avery and Brynn were born.

Weighing 3 pounds 5 ounces and 3 pounds 4 ounces, the girls were larger and healthier than expected and spent just six weeks in the NICU before going home.

“Looking back at our journey, it seemed like such a very dark time, but now we see it as an inspiring, strengthening time in our lives,” said Julie. “Because of what we experienced, we have so much gratitude for our healthy and happy little girls – as well as for the doctors and nurses at Texas Children’s Fetal Center who cared for us and our babies.” 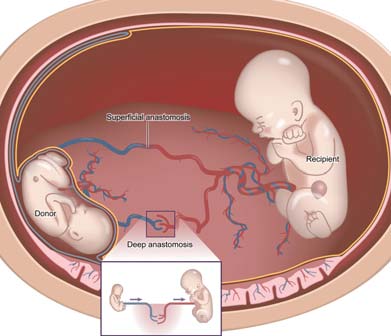 At Texas Children’s Fetal Center, our experts have refined the use of a delicate in-utero laser ablation to stop the uneven blood exchange when it occurs between monochorionic diamniotic twins. Fetoscopic laser photocoagulation is a minimally invasive surgical procedure that should be performed between 16-26 weeks gestation.

A Texas Children’s Fetal Center study published in the journal Ultrasound in Obstetrics & Gynecology showed that this procedure is responsible for a better survival rate of both twins. It is the preferred method of treatment for certain severe cases of TTTS, stopping the transfer of blood between fetuses, and often halting the progression of TTTS.